THE BASICS ON CBD

Let the experts at 1Team Cannabis Company answer all of your CBD-related questions. We’ve been in the industry making high-quality, affordable CBD-based products for ten years, so you could say we know our way around a hemp plant or two. If you have any additional questions, please contact us.

CBD, or cannabidiol, is one of many “cannabinoids”, which are groups of natural compounds found in cannabis plants. When derived properly from the cannabis plant, CBD can be used to create oils, salves, topicals, gummies, and many other products that relieve stress, pain, and assist with sleep and stress management.

What’s the difference between Hemp, Cannabis, and Marijuana?

Hemp, cannabis, and marijuana are three names that often refer to the same plant. Cannabis is a mother term that encompasses the entire plant. Hemp refers to cannabis that contains less than .3% THC, while Marijuana refers to cannabis that is THC abundant. THC or Tetrahydrocannabinol is a psychoactive compound found in cannabis that creates a “high” sensation, and is what is used to determine if cannabis is considered hemp or marijuana; federally legal or illegal respectively.

What are CBD products?

CBD products, such as oils, topicals, salves, vapor, and foods, use the chemical compound CBD as the primary ingredient to produce pain reducing, stress relieving, and anxiety alleviating products. Some CBD products can treat inflammation, depression, and one has even been approved by the Food and Drug Administration to treat epilepsy.

Terpenes are the essential oils present in all plants from lavender to cannabis. They are responsible for a plant’s distinctive smell and flavor. According to David E. Carpenter’s article “CBD May Be All The Rage, But Cannabis Terpenes Are About To Hit Big” on Forbes.com, “…terpenes are like the hardworking herbal roadies to the cannabis flower rock-star.” That sounds about right to us.

Broad Spectrum? Is that a cable service?

Not quite. Broad Spectrum, Full Spectrum, and CBD Isolate are three different methods of producing products from the cannabis plant. Each method utilizes a different amount of chemical compounds or cannabinoids from the original plant to produce its intended effects. Full Spectrum contains all cannabinoids found in the plant, including THC. Broad Spectrum removes only the THC from the product, while all other cannabinoids remain. CBD Isolate is pure CBD by itself. All other cannabinoids are removed, along with all their benefits. Cannabinoids work together to bring out the best in each other and create what is known as the entourage effect. This teamwork causes the effects of cannabis to be much more potent. Therefore, full spectrum cannabis products have the strongest effect, however, because of the THC, full spectrum products are illegal in many states and can cause users to test positive on drug screenings. However, broad spectrum cannabis products are legal in all 50 states, won’t cause a user to test positive on a drug screening, and still deliver strong results due to the entourage effect.

LEARN MORE ABOUT US

CHECK OUT OUR PRODUCTS 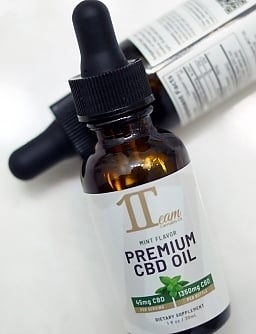 READ MORE AT OUR BLOG

WE DON'T JUST SELL PRODUCTS, WE SUPPORT OUR CUSTOMERS

PLEASE ENTER YOUR FULL NAME AND EMAIL TO SUBSCRIBE TO OUR LATEST UPDATES.